British Culture: The NHS and What it Means to British People

Home » Blog » British Culture: The NHS and What it Means to British People 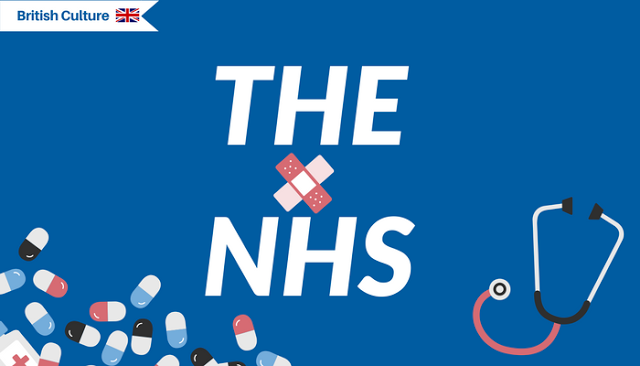 Why We Love The NHS

If you ask any group of British people which institution they are most proud of, most would probably say the NHS, the abbreviation for the National Health Service.

Founded in 1948, the NHS was one of the world’s first health services which was founded on a national basis, bringing together all medical practitioners and services in one organisation. Before it was set up if people wanted to see a doctor or have an operation in a hospital, they had to pay for it. One of the three founding principles of the NHS has always been that it is free at the point of delivery. Quite simply this means that if you have ‘Ordinary Resident Status’ in the UK, whenever you go to see a doctor, if you need to stay in hospital, have an operation or use many other, though not all, related services, you won’t need to pay for anything.

Quite a few people, however, also take out private medical insurance or if they work for certain companies they may be given it as part of their remuneration package. This allows people to access private medical services. Increasing numbers of people, if they can afford these services, have turned to private medicine as waiting times to access NHS services can be quite long, whether it is to see a GP (General Practitioner) or to have an operation.

In recent years there has been a lot of financial pressure on the NHS, particularly in A & E (Accident and Emergency), when it comes to investing in new equipment, employing more doctors and nurses and spending on the latest treatments and medicines. Nevertheless, most patients who use the NHS are happy with their experience of using it.

The NHS is publicly funded, mainly through general taxation, though some money comes from National Insurance (Social Security) contributions and some comes from foreign visitors who pay fees for certain services.

Prescriptions, which you get from a doctor, and which allow you to get medicine which is not ‘over the counter’, result in a charge for many people. A number of groups of people, however, get their prescriptions for free, for example if you are under 16 or over 60, are pregnant or if you are receiving certain state benefits.

Though the NHS faces many challenges now and in the future, most British people, of whatever political persuasion, are likely to continue to be very supportive of the organisation, for what it provides and what it has achieved.