Happy ‘Official’ Birthday to the Queen! 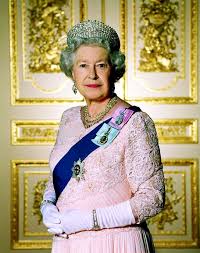 Happy ‘Official’ Birthday to the
Queen!
Did you know that The Queen
celebrates two birthdays each year? Her actual birthday falls on the
21st of April , which she usually spends privately, probably with her
family and those closest to her. However, it has long been tradition in the
United Kingdom, for the king or queen
to have a second ‘official’ birthday which is held on a Saturday in June (the 13th June this year). This
is because there is a greater chance of good weather for the Birthday Parade,
which is also known as ‘Trooping the Colour’.
This military ceremony dates right
back to the early eighteenth century, and involves an impressive display by the
Queen’s guards. After this ceremony takes
place the Queen then rides in a carriage back to Buckingham Palace before taking the salute at the
Palace on a special royal throne. The Queen then joins other members of the
Royal Family on the palace balcony to watch the Royal Air Force perform a
ceremonial flight over the palace.
Her official birthday is also
publicly celebrated by gun salutes all across London! There is a 41 gun salute in Hyde Park,
a 62 gun salute at the Tower of
London and a 21 gun salute in
Windsor Great Park. There will be lots of exciting
things happening all over the city and it will probably be even busier than
usual in London this weekend!
If you aren’t visiting London this weekend, you can watch the parade
as it is broadcast live on the BBC. Everyone here at LSI Portsmouth would like
to wish The Queen a very happy ‘official’ birthday!