Motor Racing – The Most Glamorous Sport in the World

Home » Blog » Motor Racing – The Most Glamorous Sport in the World

Occasionally we have teachers who are so passionate about something they can talk forever on their chosen subject. Mark has written the article below to go some way to explain why he goes missing each time there is an F1 fixture.

Some people are interested in motor racing. For others, it’s a passion rather than an interest. An interest can arrive and leave but a passion stays with you even when you wish it would sometimes go away. It’s what important things like careers and relationships can be built on and, without it, can fail. Some of us have no interest at all. “You could have more fun watching people driving round a roundabout” is one opinion I have heard. So why are some people so passionate? 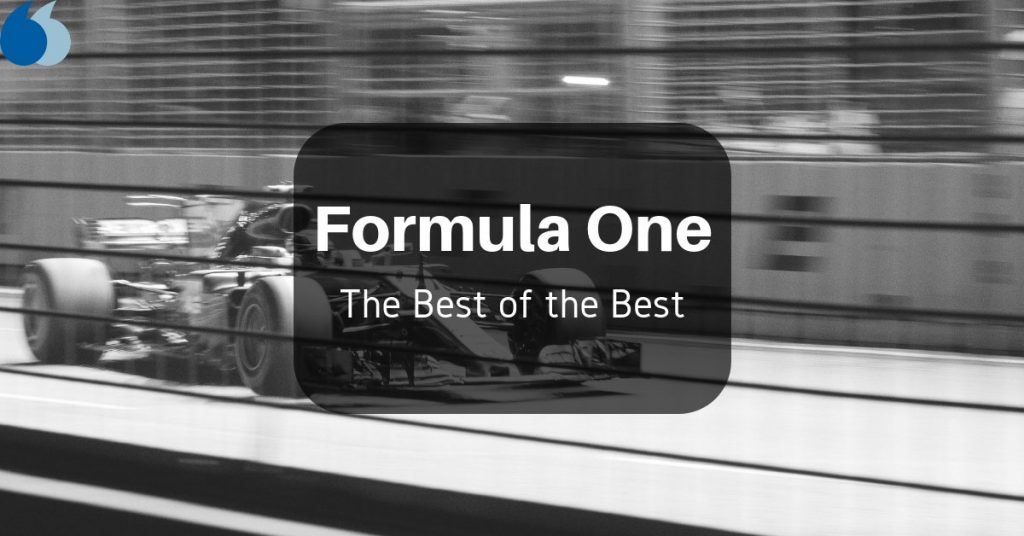 There is only one World Cup every four years and the Olympic Games also take place every four years. Balls are kicked and things are thrown and there are horses and boats. There are bicycles and weights and drugs and everyone watches every second, don’t they?

If you go to a Formula 1 race you see the best in the world; the very best. These people have worked their way through many levels/ formulae to get here and they are here to win not just to turn up. It’s an exclusive club. At the moment there are no female drivers who are good enough to compete in F1. That will surely change. There are however lots of women working as technicians, engineers and strategists right now. Exclusivity based on ability, not prejudice. The people in the smaller teams are every bit as serious as the multiple champions. Sometimes more so. If they make a good impression now then next year they could be competing for the title, not just a point or two. Lots of drivers talk to their engineers via radio during the race. Not so difficult. But in a foreign language?

You have only twenty one opportunities to see them this year.

Motor racing is not just F1, however. Go and see a World Rally Car being driven on gravel, ice, mud, snow or even tarmac or someone you have never heard of drive a 1955 Le Mans Jaguar at full speed. The car is still capable of 170 mph and it does not take prisoners if the driver makes a mistake. Such cars should be in a museum but, due to the passion of the owner/ driver, you can still see (and hear) them race. These people are amateurs, they compete purely for pleasure. They are much more likely to get seriously injured than the modern day F1 driver. Here’s to the amateur.

Of course it is. Everything is a waste of time unless you get something from it. It is competition and it’s prevalent not just in sport but in “Strictly Come Dancing”, the Booker Prize or the Oscars. We waste lots and lots of time competing against each other but isn’t it fun? We need fun. We need entertainment.

The cars are not really cars.

Today’s F1 car is shockingly expensive due to the research and development, materials and state of the art technology involved. That has always been the case. Today’s cars are also annoyingly environmentally friendly. The current F1 car has two batteries and doesn’t need to recharge like a road hybrid. It regains the energy it loses when braking and also from the heat produced by the turbine in the turbocharging system. The rules place a strict limitation on fuel as well as replacement parts. In the past teams would use one engine on Saturday and a new one for the race on Sunday. Now an engine lasts for at least four races. It is only 1600cc- the size of a family saloon car but, with two batteries it produces about 950bhp and weighs about half as much as a Mini. A car, but not like our cars.

It is. Compared to the old days when drivers were not expected to enjoy retirement. You could pretty much guarantee a fatality every fortnight. In 1970 the world championship was won posthumously. You can still see spectacular crashes so it is not entirely boring for the morbid amongst us but, unfortunately for them, when the car disintegrates around the driver it leaves a basic safety cell. Nowadays a driver is surrounded by a car that is designed to keep him rather than kill him. The F1 driver who crashes at 160 mph is in a safer situation than you or I in a 60 mph road crash. This encourages them to go fast.

It does. Usually. The objective of a team is to build the fastest car, so the fastest car is difficult to beat. Sometimes the best car does not win the race. That is often down to circumstances such as a crash taking out the top cars or a mistake by the leader. Sometimes it’s the occasion when the weather conditions are so difficult that only the best can cope and, in such situations, you see a great driver emerge. They should not have won, but they held their nerve under intense pressure, made no mistakes and were consistently fast. The best car does not always win the Championship and this is truly rare. It happened last year. The best car did not win, the best team won; with the best driver. The best drivers can produce the type of performances that make people stand up and cheer even if they have come to support another guy.

Now, take me to that roundabout.

Thank you so much Mark

(Mark Saunders has been a teacher with us for nearly ten years, and mainly teaches on the Executive side of the school.)