Writing in the style of a magazine article part three – from our students.

Главная » Блог » Writing in the style of a magazine article part three – from our students.

Last in our little series of examples of writing from our students.

by Qasim and Asier 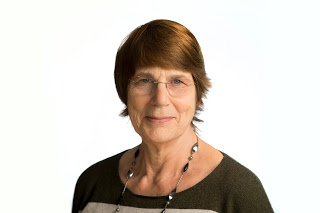 Claire
sits in front of her computer typing when we arrive. She introduces herself
smiling and we move to another room to do the interview. Afterwards she starts
to talk about her early life.
It
was very different from ordinary childhood. “I was brought up on a barge where
I spent almost all my childhood. When I wasn’t at school I was sailing and
swimming in the river all the time” She lived there for 9 years until a strong
gale came and the boat she was sleeping on capsized, so they had to get off in
the middle of the night.
For
a short period, she became homeless and had to move to another barge. “It
wasn’t until I was 16 that my mother sold it and I went to live in a house,
terrible!” It’s clear that it had a big impact on her future life.
On
the one hand, she experienced different problems at school during her infancy
because of dyslexia. “School in the 1950’s didn’t know anything about dyslexia
and they used to call me stupid and lazy, even though I knew I wasn’t. It
wasn’t until I found out that my children were dyslexic that I thought that
perhaps this was my problem. Because of that fact, I took up teaching.”
“A
friend of mine said I would make a very good teacher. I disagreed!” she felt
dubious about this, but before long she took a course and she actually became
one. By that time she was 45 and her children all were grown up and had left
home. Currently, she is retired from teaching, but still working at LSI.
On
the other hand, she started learning music, playing the clarinet and the piano.
Shortly afterwards, she had an accident and stopped playing, but kept studying
the theory and started to play percussion in the school orchestra.
When
she moved to Wales, where she worked growing and selling organic food and vegetables,
she stopped playing drums too. It was only when she came back to England that
she started to play the hand drum again.
She
used to play in a band with her second husband until they decided to found
their own band in which she played for 6 years, between 2006 and 2012. But then
she left again. “I had to leave the band because of a hip injury, but then I
joined them again   last summer in
Gosport, so… I have three gigs soon”. Looks like performing in front of the
crowd amazes her, as if all her problems disappeared when she plays music.
She
also studied art in London, where she used work in a theatre making clothes and
dressing the stars. In addition, she used to sew her own clothes, which is quite
impressive even though she considers herself very “slapdash”.