Patron Saints of the British Isles 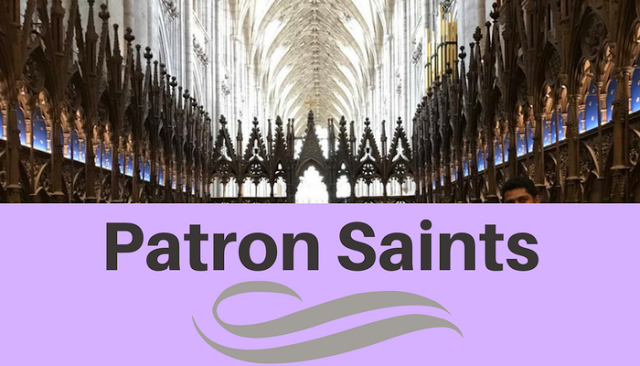 Many countries around the world where Christianity is the predominant religion have a patron saint and the United Kingdom is no exception. However in the UK’s case, there is not one but four patron saints, one each for England (St. George), Scotland (St. Andrew), Wales (St. David) and Northern Ireland (St. Patrick) which it shares with the Republic of Ireland.

These saints have their own ‘Saint’s Day’ when they are commemorated:

St. George’s Day is not celebrated as much as the other three saints’ days. In recent years certain prominent figures have tried to encourage people to celebrate this day, which is not a public holiday. Many pubs are decorated with English flags and will promote the English dishes on their menus, and it is possible to see Morris Dancing and Punch and Judy shows in some places. Some organisations such as the Scout movement will also celebrate this day.

St. Andrew’s Day is now a public holiday in Scotland. If the day falls on the weekend then the following Monday is a day off. On this day various aspects of Scottish culture are celebrated with traditional music, dancing and food and drink.

On St. David’s Day, parades take place throughout Wales, celebrating Welsh culture and heritage. People can be seen wearing daffodils and even leeks, as well as traditional dress. Dishes such as lamb, Welsh rarebit and cawl (soup) are eaten on this day.

St. Patrick’s Day is not just celebrated in Ireland but also by large numbers of people around the world who have Irish ancestry. Many people can be seen wearing green coloured clothes as well as shamrocks. Numerous parades are held, with notable ones in Dublin, New York, Chicago and Birmingham. In recent years there has been an emphasis placed on giving more prominence to the Irish language. Naturally, large quantities of Guinness are drunk on this day!