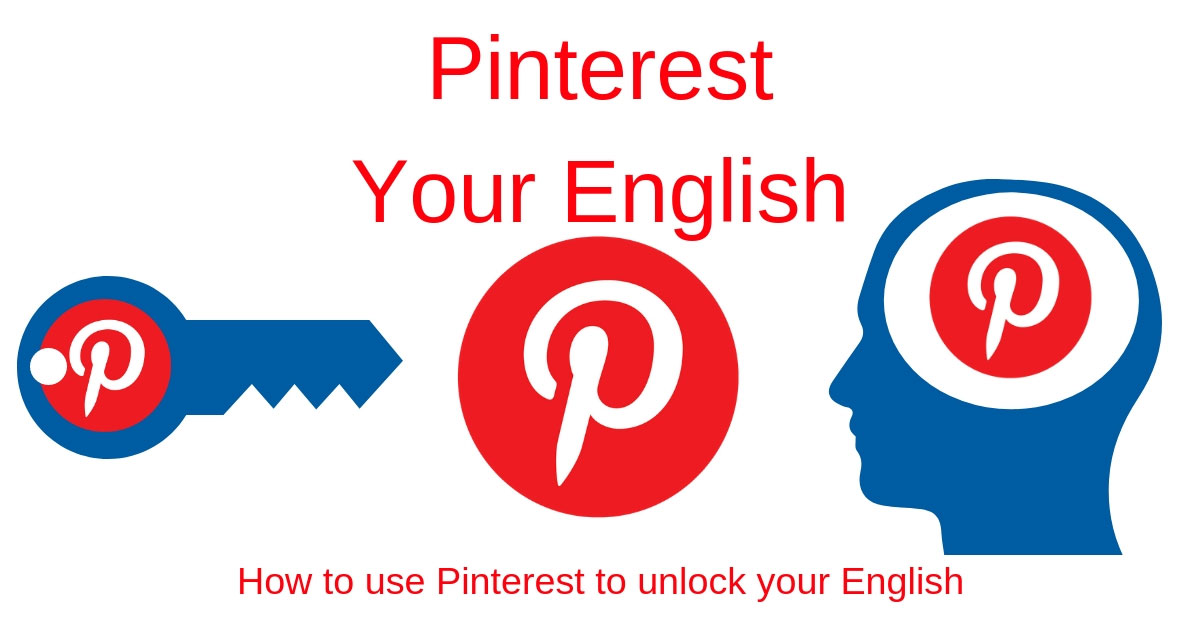 It’s been nine years since Pinterest first came on the scene and in that time, thousands of the most gorgeous images have been posted onto the platform.

People love using Pinterest for the beautiful photos, but professionals often use it for mood boards, to get ideas, to steal ideas, for ideas for Interior design, tattoos, fashion, makeup etc. The themes and pictures are endless. 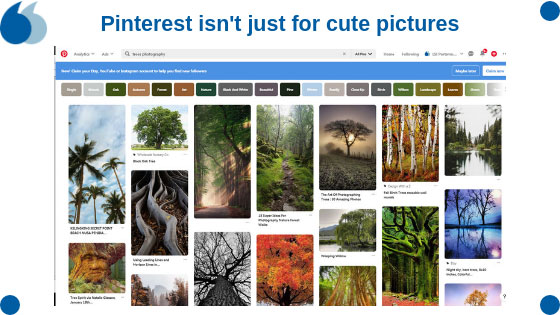 A few little facts about Pinterest: It is the 4th most popular social media platform and outranks Snapchat, LinkedIn, Twitter and WhatsApp with more than 250 million people a month using it (imagine if it were a country? It would be the fifth largest country in the world!).

For the class conscious it is twice as liable to be used by high-income users as low-income users. More than 70% of users are female and apparently, 64% are under the age of 34. Supposedly 29% of UK users are in the highest income bracket, so a lot of rich young things apparently like Pinterest.

So how can Pinterest help someone with their English?  Well, it really can – read on. There are literally thousands upon thousands, probably millions of posts about learning English. Any subject in the English language has a post on there from vocabulary, verbs, grammar and listening skills to business skills, writing templates and games – if you can think of the area there is sure to be something there for you.  The best bit is that it is useful to both students and teachers.

If you are a Pinterest user, you will already know how to use it, you just may not have tried it for your English.  If you aren’t a user then have a look below for some ideas.

There are loads of posts with verb information. Useful to print out, to cut up, to save. 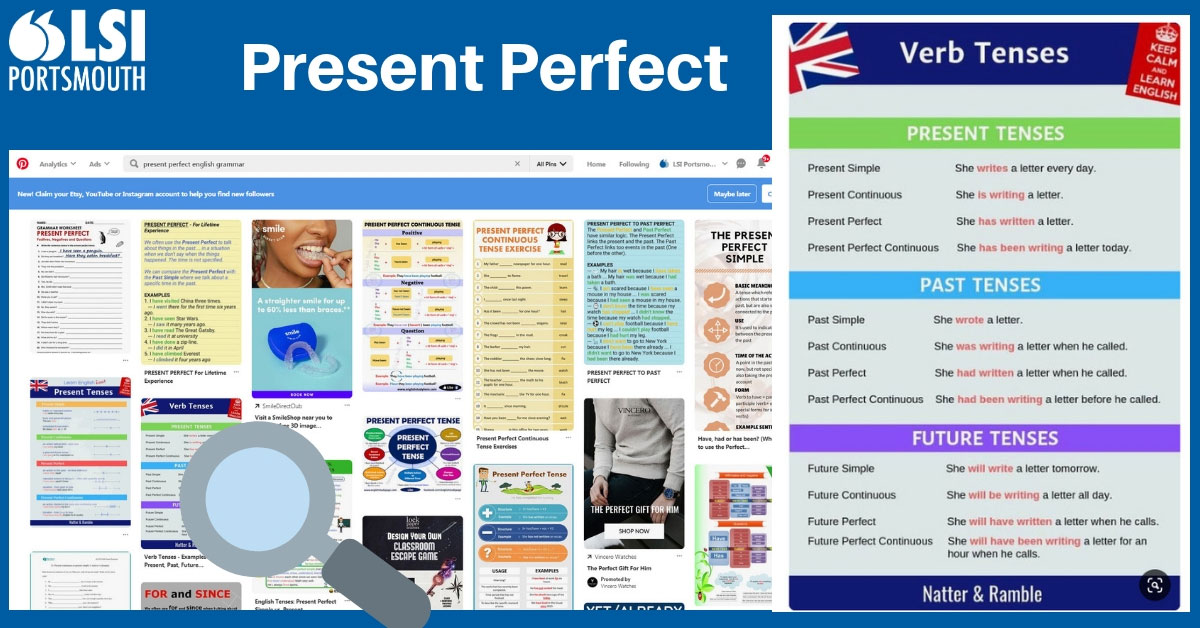 So many hint and tips for Business English – covering the range of function language. Here is a sample of email English posts: 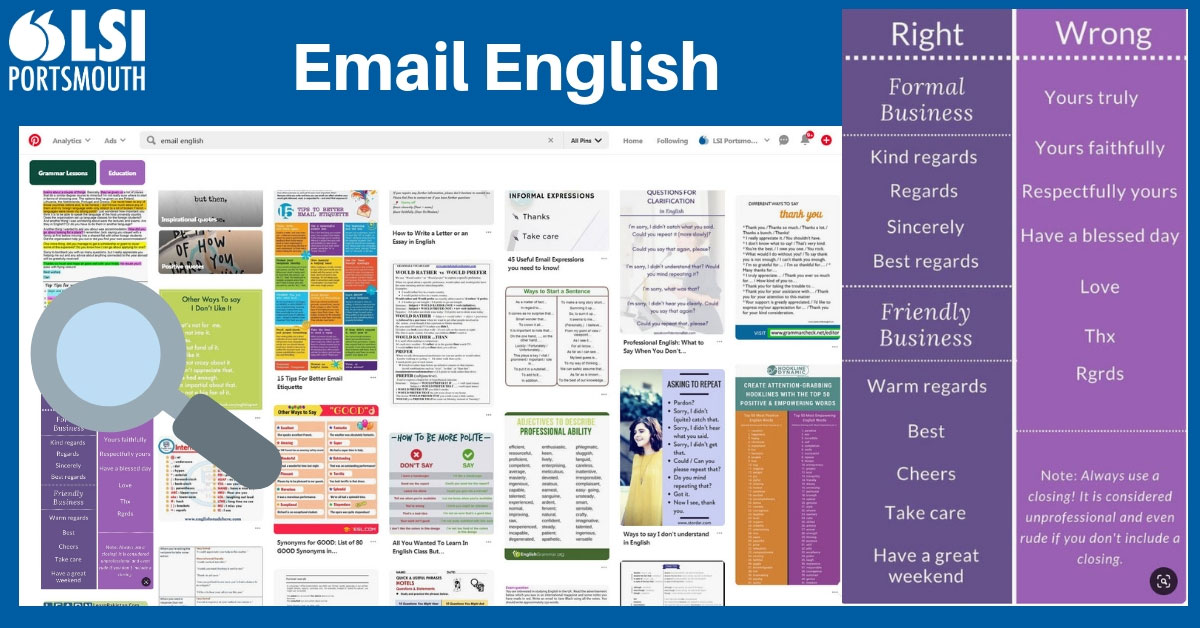 How about building on your phrasal verbs – there are thousands to learn, so here is a good place to start: 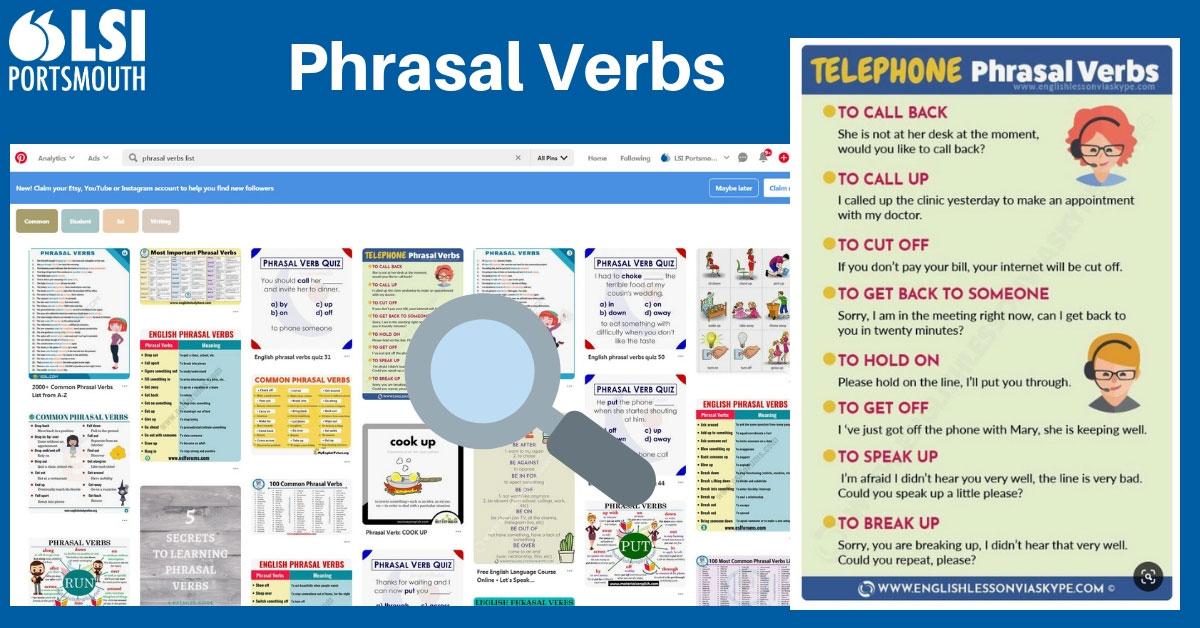 Once you have joined and found a lot of interesting posts, you’ll want to organise them. That’s where boards come in useful. You could have one for Verbs, vocabulary, listening tips, business English – there is no end. 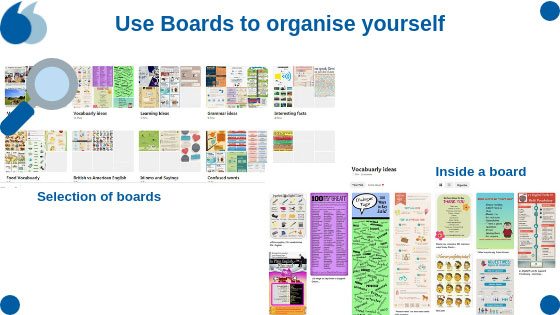 If you don’t know where to start, have a look at LSI Portsmouth’s Pinterest boards

Let us know how you get on.